The red state of Texas is about to go green – by 2020 more electricity will come from wind than coal, according to Rystad Energy.

Texas has a long history as an energy-producing powerhouse. Propelled forward by the surging shale revolution, Texas now contributes to 40% of total US oil production and nearly a quarter of marketed gas production. However, the lone-star state is about to break out of its hydrocarbon-rich mold with this wind versus coal milestone moment.

“Our forecasts suggest that onshore wind in Texas will generate about 87 terawatt-hours (TWh) of electricity by 2020, versus the anticipated 84.4 TWh from coal,” says Carlos Torres-Diaz, head of gas market research at Rystad Energy. “Texas is just one of many red states that have recently 'gone green' by harnessing their great wind generation potential.”

The mining company of President Trump’s favorite coal boss is in danger of financial default – another sign of the death spiral of the dirtiest fossil fuel, despite the president’s hollow promise to revive the industry.

Murray Energy, the nation’s largest privately held coal mining company, missed multiple payments to lenders this week, Bloomberg News reported. Its creditors have given the company until Oct. 14 to figure out a plan to cover its payments.

CEO Bob Murray was a major contributor to Trump’s election campaign. He gave the new administration a wish list of environmental rollbacks. Many of those rollbacks have begun, including the repeal of the Obama-era Clean Power Plan and pulling the U.S. out of the Paris climate pact.

Murray also pressed the White House on a scheme to make regional electricity grids buy above-market-rate power from coal plants even when cheaper renewable sources are available. Energy Secretary Rick Perry ordered the Federal Energy Regulatory Commission to fast-track consideration of the scheme, but the regulators rejected the plan.

“The news that Murray Energy is on the verge of collapse should surprise no one – certainly not anyone in the coal industry,” said EWG President Ken Cook. “The epitaph for the death of coal is already carved on the industry’s tombstone, and Bob Murray and others in the industry know there’s nothing the Trump administration can do to stop it.”

A November 2017 analysis by EWG showed why Murray and other coal and nuclear executives are desperate for a bailout: Their plants are losing billions of dollars, and without subsidies to make them competitive with renewable energy and natural gas, utilities are rapidly closing coal and nuclear facilities, as demand for wind and solar surge.

The US Energy Information Administration is forecasting a 17% decline in fourth-quarter coal production from the year-ago period, according to the agency’s monthly Short-Term Energy Outlook.

The report, issued Tuesday, forecasts total US coal production to sink to 159 million st in the final three months of the year, a decline of 34 million st from the fourth quarter 2018. Declining coal demand, bankruptcies, ownership changes and mine closures have “contributed to a fluctuating production environment” in the western coal region, especially in the Powder River Basin, according to the report.

The agency’s projection for coal exports in 2020 dropped 12% from September, to 75 million st, a reduction of 10 million st, due to declining demand in the Atlantic Basin, a surplus of Eastern European coal supply and lack of West Coast coal terminal capacity to reach the Asian markets. This year, it expects US producers to export 91.8 million st of coal. The US exported 116 million st in 2018.

The agency forecasts the spot Henry Hub physical price to average $2.43/MMBtu during the fourth quarter of this year, and $2.52/MMBtu in 2020. In addition, dry gas production is forecast to average 93.5 Bcf/d compared with 91.6 Bcf/d in 2019.
Source: Platts

Nicki Zvik, Founder of Green Solar Technologies, comments on the recent announcement by the DOE.

The U.S. Department of Energy (DOE) recently announced plans to spend $128 million in new projects to advance solar technologies. The funding will go toward 75 research projects that are expected to cut solar costs while simultaneously increasing manufacturing and making solar energy systems better prepared and resistant to cyberattacks.
.....

After nearly 50 years in operation, one of the largest coal-fired power plants in the Western United States shut its doors for good on Monday.

The “difficult but necessary” decision to close the plant was made in early 2017, after the owners determined that it was uneconomical to continue operating.

A press release cited the “changing economics of the energy industry” against a backdrop that has seen “natural gas prices sink to record lows along with the growth of economical renewable resources.”

The decommissioning of the plant has begun. It’s expected to take three years to complete and cost the owners $150 million.

The plant closure is the latest casualty in the coal industry as consumers shift to cheaper and cleaner sources of power. At least eight coal companies have filed for bankruptcy this year, most recently Murray Energy, which was once the nation’s largest privately held coal company. Since 2010, more than 540 coal-fired plants have closed.
.......

U.S. power plants are expected to burn less coal in 2020 than they have in 42 years, according to new government projections. The amount of coal used to generate electricity next year is predicted to decrease by 14 percent to 545.8 million metric tons, according to the U.S. Energy Information Administration.

At the federal level, President Trump is withdrawing the U.S. from the Paris Climate Agreement, but many states are still aggressively pursuing renewable energy in an attempt to reduce their greenhouse gas emissions. In aggregate, these efforts are steering the country away from coal. Efforts in the two most populous states are driving the trend, with Texas and California set to account for 22 and 14 percent, respectively, of the nation’s non-hydroelectric renewable energy production in 2020.

"The U.S. power sector's move away from coal is contributing significantly to decreases in U.S. coal production," Linda Capuano, the EIA's administrator, wrote in the report.

These economic realities have been harsh on Americans working in the coal industry, with roughly 15 percent of coal power plants having been retired since 2017, according to S&P Global Platts Analytics, with another 10 percent predicted to close down in 2019 and 2020.

The closure of coal-powered stations in the US has started with a bang in 2020, with the announcement of the closure of two units at Montana's Colstrip Power Plant, signalling the end of one of the Western United State’s largest coal-fired plants.

Colstrip Unit 1 ceased operating in the first days of January, with the closure of the plant's Unit 2 on 04 January, according to Puget Sound Energy, which shared ownership of the units with Talen Energy.

The two units employ a combined staff complement of approximately 100 workers. Units 3 and 4 will remain operational but will be closed within the next five years.

Combined with other local producers, the power complex anchors the economy of Colstrip’s community of 2,300 people, as well as southeast Montana.
.........


.......
The company says it aims to transition employees to work retiring Units 1 and 2 or the operation and maintenance of Units 3 and 4. The two older units represent about 30 percent of Colstrip’s total generating capacity, at about 617 megawatts.
....... 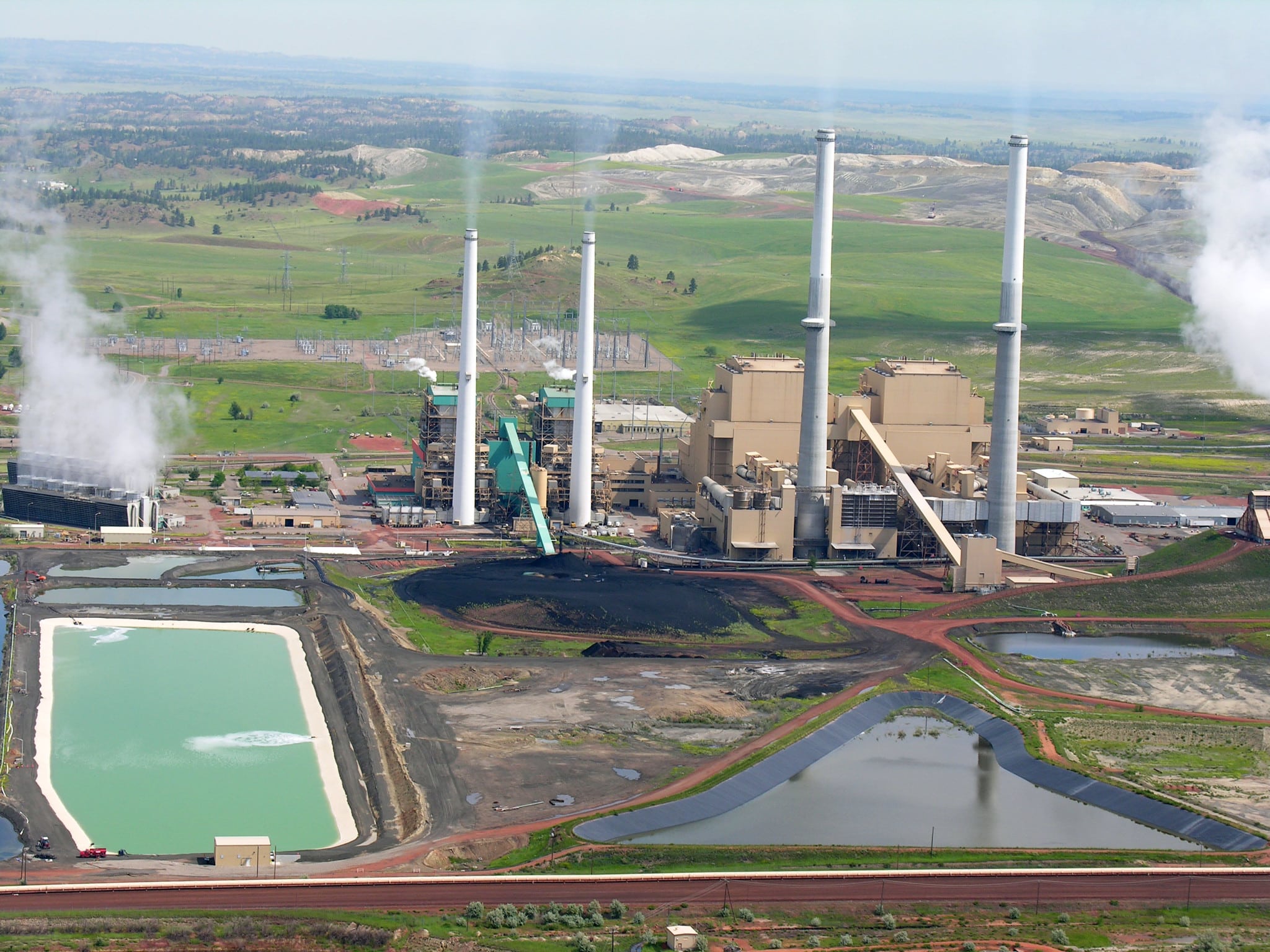 Wind and solar power will dominate the electricity generation additions across the United States in 2020, accounting for an overwhelming 76 percent of all new capacity set to begin commercial operation this year, the U.S. Energy Information Administration (EIA) said on Tuesday.

Due to the expiration of the U.S. production tax credit (PTC) at end-2020, wind power developers are rushing to install more wind capacity this year before the tax credit expires. The phase-out of the tax credit extension also pushed up wind power installations last year, which the EIA estimates at 11.8 gigawatts (GW).

This year, new wind power capacity of 18.5 GW is set to come online, setting a record as it will beat the previous record of 13.2 GW new wind capacity set in 2012.

In solar power, the new additions are also set to break the previous record, as 13.5 GW of solar capacity is expected to come online this year, easily beating the previous record addition of 8 GW in 2016. More than half of the utility-scale electric power sector solar photovoltaic (PV) capacity additions will be in four states—Texas, California, Florida, and South Carolina.

Most of the natural gas additions—more than 70 percent—will be in Pennsylvania, Texas, California, and Louisiana.

Coal will lead the capacity retirements this year, as it did last year, when for one month, April, renewables held a larger share than coal in U.S. monthly electricity generation, for the first time ever.

In 2020, a total of 51 percent of scheduled capacity retirements will be coal-fired, followed by natural gas with 33 percent and nuclear with 14 percent, EIA’s data shows.

By Tsvetana Paraskova for Oilprice.com

The Paradise Fossil Plant is located on the Green River in western Kentucky near the village of Paradise. Units 1 and 2 were commissioned in 1963. At the time, they were the largest units in the world—704 MW each. The 1,080-MW Unit 3 was added in 1970.

Paradise Coal Plant Had Strong Supporters
But a lot has changed since that time. TVA invested about $1 billion to build a 1,025-MW combined cycle natural gas plant (a 2017 POWER Top Plant award winner) next to the coal plant, and Units 1 and 2 were retired in 2017. When the closure of Unit 3 was being considered in late 2018, many high-level supporters lobbied to keep it in operation.

Kentucky Gov. Matthew Bevin sent a letter to TVA’s then-CEO Bill Johnson, writing that it “would be a huge mistake” to permanently shut down Paradise Unit 3. According to the governor, “the impact on our economy and our region’s (and nation’s) long-term energy grid reliability, would be devastating.”

Even President Trump pressured TVA to keep Unit 3 in operation. On Feb. 11, 2019, he posted on Twitter, “Coal is an important part of our electricity generation mix and @TVAnews should give serious consideration to all factors before voting to close viable power plants, like Paradise #3 in Kentucky!” The TVA responded on Twitter that it would “give serious consideration to all factors.”

Nonetheless, after a detailed review of fuel, transmission, economic, and environmental impacts, and a thorough assessment of public input, the TVA Board of Directors approved the retirement of Paradise Unit 3 on Feb. 14, 2019. Now, less than a year later, the coal plant (Figure 1) has closed its doors. 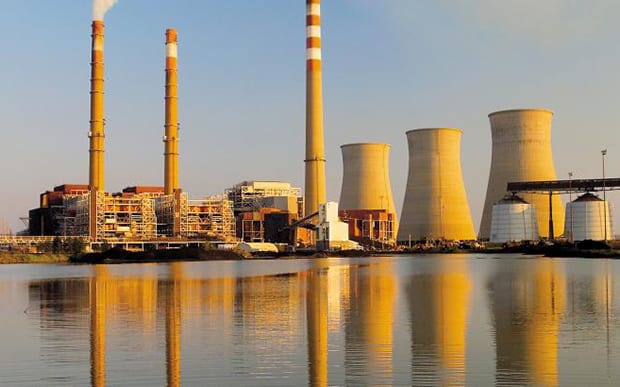