U.S. shale companies are moving quickly to ax their budgets, hoping to staunch the bleeding as the oil market continues to melt down.

It has only been a few days after the OPEC+ debacle, but with oil trading at around $30 per barrel, and with good odds of falling even lower, the entire energy industry has little option but to make deep cuts to their operations.

According to Morgan Stanley, the industry needs $51 per barrel just to fund their capex budgets this year, let alone pay off debt or send money to shareholders. Needless to say, WTI is a long way from $51.

That means spending will have to fall dramatically.

On Thursday, Apache said it would cut its budget by 37 percent, and notably, would eliminate all of its rigs in the Permian basin. The company also said it would cut its dividend payout by 90 percent. Apache cannot chalk up all of its problems to OPEC and the global pandemic. It was only recently that the company shelved drilling activity in its high-profile Alpine High asset in the Permian because of disappointing results.

But the market turmoil has already begun to ravage the shale sector. Devon Energy said it would cut spending by 30 percent, with reductions concentrated in Oklahoma and Wyoming. Devon says that it has 40 percent of its oil production hedged, somewhat reducing the pain of the downturn.

Occidental Petroleum also cut its dividend by more than 85 percent, and spending by 32 percent.

Here are a few other notable announcements:

More announcements like these are inevitable in the coming days. Morgan Stanley estimates that the median cut will be about 25 percent compared to prior budget guidance.

Other market watchers had similar insights. The oil industry could see $380 billion in cash flow “vanish” if oil prices average $35 instead of $60, according to Wood Mackenzie. “Sustained crude prices below US$40/bbl would trigger a new wave of brutal cost-cutting. Discretionary spend would be slashed, including buybacks and exploration. Unsanctioned conventional projects will also be delayed, and in-fill, maintenance and other spend categories scaled back,” WoodMac analysts wrote.

During the last downturn between 2014 and 2016, companies slashed spending and ultimately were able to do more with less (although that required a lot of debt). “At today’s spot price, none of that matters. Because there’s no fat left to trim in 2020, the cuts to development activity are necessarily fast and brutal,” the WoodMac analysts said.

The EIA revised its Short-Term Energy Outlook, predicting a supply glut of 1 million barrels per day for the full year, building by 1.7 mb/d in the first six months.

But given the turmoil in the market, shrinking demand, and the pledge by Saudi Arabia and the UAE to ramp up production, that number looks incredibly optimistic in its narrowness. Standard Chartered, for instance, says the surplus could be more like 5.5 mb/d in the second quarter.

The impact on production depends on who you ask. The EIA said that U.S. oil production will likely peak next month at 13.2 mb/d before it begins to decline, falling by around 660,000 bpd by next summer.

Morgan Stanley said production could fall by 8 percent in the fourth quarter of 2020 compared to a year earlier.

Pioneer’s Sheffield pointed out that a lot of drillers are hedged this year, but very few are hedged for 2021. “I would expect that if we see low oil prices next year most companies will not make it,” he said. “We could easily lose 2 or 2.5 million barrels per day by the end of 2021.”

By Nick Cunningham of Oilprice.com

US Oil Turns Its Back On The Permian As Prices Crash

Amid crashing oil prices, oil firms are rushing to cut budgets and exposure to the most prolific shale basin in the United States, the Permian, yet industry bodies expect the shale patch to survive the oil price war and the oil price collapse despite the short-term pain.

Apache Corporation said two weeks ago it was slashing its 2020 capital investment plan to $1.0 billion-$1.2 billion from a previous range of $1.6 billion-$1.9 billion. Apache will also stop pumping oil in the Permian in the coming weeks to limit “exposure to short-cycle oil projects.”

“We are significantly reducing our planned rig count and well completions for the remainder of the year, and our capital spending plan will remain flexible based on market conditions,” John J. Christmann IV, Apache’s chief executive officer and president, said in a statement.

Pioneer is cutting its 2020 drilling, completion, and facilities capital budget by some 45 percent, expecting it to range between $1.6 billion to $1.8 billion. Faced with low oil prices, the company will reduce its operated rig count from 22 currently to 11 operated rigs within the next two months.

“With the significant reduction in energy investment over the past five years, exacerbated by the expected decline in shale production, I expect oil prices to recover once the global economy stabilizes and Pioneer to emerge in a stronger, more enviable position through the actions we are taking today,” Pioneer’s President and CEO Scott Sheffield said. 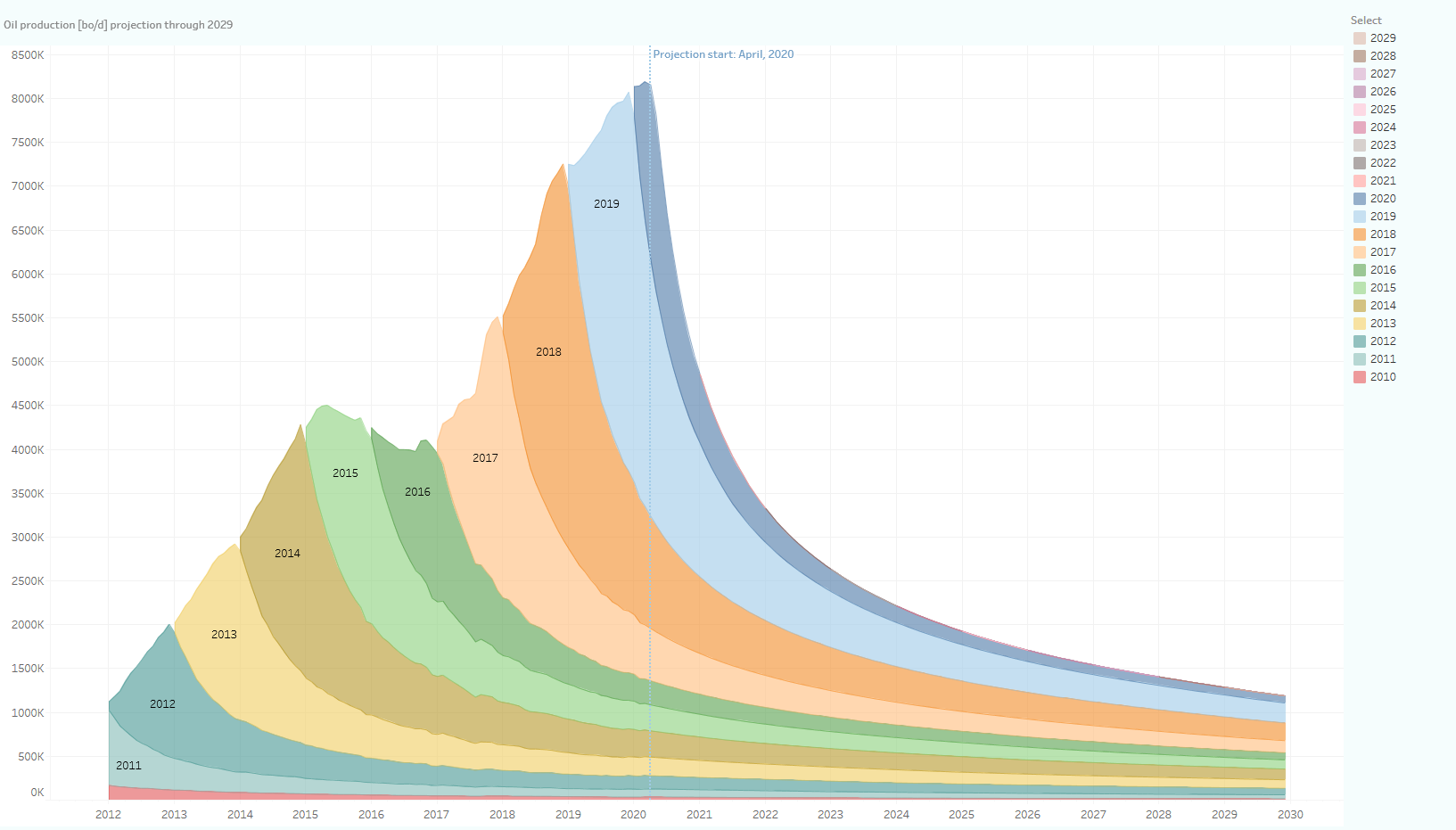