Batteries in electric vehicle could be recharged via electrolyte rather than electricity says a Swiss startup.

nanoFlowcell (Vaduz, Liechtenstein) has developed a flow battery technology that uses the combination of positive and negative electrolytes on a catalyst to generate power. This removes the need for recharging, instead refueling tanks of the electrolytes.

The company is currently road testing electric vehicles with the technology ahead of a stock market floatation next year. It says it doesn’t plan to make vehicles but aims to license the technology to car makers.

"Electric mobility can be executed in a way that is less complicated and costly, and that is also more compatible with the consumer and the environment," says Nunzio La Vecchia, Chief Technology Officer of nanoFlowcell Holdings Ltd and inventor of the nanoFlowcell energy storage technology. "My vision of a future electric mobility starts where all the demands of alternative technologies are floundering right now. Consumers are growing tired of claims and promises that drag far behind reality. Our nanoFlowcell alternative drive and energy storage technology is able to tackle the challenges of modern electric mobility."

Instead of heavy lithium ion battery packs, the nanoFlowcell is the size of a shoebox connected to two fuel tanks containing around 150 litres of separate electrolyte liquids. The electrolyte liquid is neither explosive nor flammable, and is not harmful to health nor the environment.

This makes refuelling significantly easier, says La Vecchia. Instead of a new infrastructure of charging points, electric cars using the nanoFlowcell could refuel at existing petrol stations (see picture above). The electrolyte is easy to transport and could use similar pumps, although it would need two nozzles to keep the electrolytes separate. The non-volatile nature avoids the costs of other refuelling approaches such as hydrogen for fuel cells. This would also be much quicker than charging high voltage vehicles.

The company is based in Vaduz, Lichenstein, with a holding company in London that is going public using technology developed in Zurich, Switzerland as JUNO Technology Products. The public offering will demonstrate the level of investor support for the technology, says La Vecchia.

Researchers at Harvard University (Cambridge, MA) have developed a low-cost flow battery that stores energy in organic molecules dissolved in neutral pH water that could run for a decade or more without maintenance.


By modifying the structures of molecules used in the positive and negative electrolyte solutions, and making them water soluble, the team at the Harvard John A. Paulson School of Engineering and Applied Sciences (SEAS) was able to produce a battery that loses only one percent of its capacity per 1000 cycles.

Flow batteries store energy in liquid solutions in external tanks -- the bigger the tanks, the more energy they store -- and are a promising storage solution for renewable, intermittent energy like wind and solar. However, current flow batteries often suffer degraded energy storage capacity after many charge-discharge cycles, requiring periodic maintenance of the electrolyte to restore the capacity. A low maintenance, long term energy storage system would change the economics of renewable energy.

"Because we were able to dissolve the electrolytes in neutral water, this is a long-lasting battery that you could put in your basement," said Roy Gordon, the Thomas Dudley Cabot Professor of Chemistry and Professor of Materials Science. "If it spilled on the floor, it wouldn't eat the concrete and since the medium is noncorrosive, you can use cheaper materials to build the components of the batteries, like the tanks and pumps."

This reduction of cost is important. The Department of Energy (DOE) in the US has set a goal of building a battery that can store energy for less than $100 per kilowatt-hour, which would make stored wind and solar energy competitive to energy produced from traditional power plants.

"If you can get anywhere near this cost target then you change the world," said Michael Aziz, the Gene and Tracy Sykes Professor of Materials and Energy Technologies. "It becomes cost effective to put batteries in so many places. This research puts us one step closer to reaching that target."

"This work on aqueous soluble organic electrolytes is of high significance in pointing the way towards future batteries with vastly improved cycle life and considerably lower cost," said Imre Gyuk, Director of Energy Storage Research at the Office of Electricity of the DOE. "I expect that efficient, long duration flow batteries will become standard as part of the infrastructure of the electric grid."

The key to designing the battery was to first figure out why previous molecules were degrading so quickly in neutral solutions. By first identifying how the molecule viologen in the negative electrolyte was decomposing, researcher Eugene Beh was able to modify its molecular structure to make it more resilient. The team then turned to ferrocene, a molecule well known for its electrochemical properties, for the positive electrolyte.

"Ferrocene is great for storing charge but is completely insoluble in water," said Beh. "It has been used in other batteries with organic solvents, which are flammable and expensive." But the innovation was modifying ferrocene molecules in the same way as the viologen, turning an insoluble molecule into a highly soluble one that could also be cycled stably.

The neutral pH should be especially helpful in lowering the cost of the ion-selective membrane that separates the two sides of the battery. Most flow batteries today use expensive polymers that can withstand the aggressive chemistry inside the battery. They can account for up to one third of the total cost of the device. With essentially salt water on both sides of the membrane, expensive polymers can be replaced by cheap hydrocarbons.

With assistance from Harvard's Office of Technology Development (OTD), the researchers are now working with several companies to scale up the technology for industrial applications and to optimize the interactions between the membrane and the electrolyte. Harvard OTD has filed a portfolio of pending patents on innovations in flow battery technology.

Un an plus tard. 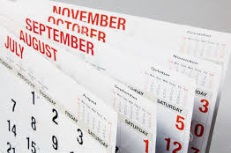 Experimental car maker Nanoflowcell has announced that its prototype sports car Quantino 48V has covered 350.000 kilometres with practically no maintenance. What's more: the vehicles’ power conversion unit can be mass-produced at a surprisingly low price, the company reveals.

The Quantino48V has been undergoing real-life endurance testing ever since it was homologated for road use in 2016, covering more than 200,000 kilometres on the road and 150,000 kilometres on a test bed. The total mileage required the regular replacement of consumable parts such as brakes and tires, as well as a wide assortment of minor repairs. However, despite its status as a prototype vehicle, the Quantino 48V’s powertrain ran with no problems throughout the duration of the test, the company writes in a blog.

Also the Nanoflowcell – as the company has baptized the unit that converts chemical into electrical energy in the vehicle – ran reliably throughout the entire test distance without any error alert and “virtually maintenance free”. The control software for the energy management system has been updated several times to improve system efficiency. As a result of these efficiency-driven updates, the vehicle reached an average consumption of just 8 to 10 kWh per 100 km.

In the same blog post, the company for the first time provided figures as to the price and value not of the entire car, but at least of the nanoflowcell energy conversion unit as certainly a rather crucial component: The unit could be mass-produced at a price around 600 euros, the company said. Since this component largely requires no maintenance, a vehicle built on this basis could be operated at rather low maintenance costs. The company even goes so far as to guarantee a service life of 50,000 operating hours. In the case at hand, this would correspond to a driving distance of 1.25 million kilometres, far more than the service life of today's vehicles.

Swiss-based company nanoflowcell is developing a sports car with a somewhat mysterious drive principle: the company uses two electrolytic liquids, the mixture of which is used as an energy source to generate electrical energy. The voltage generated in this way is fed into a low-voltage network (48V) and used for propulsion. Two predecessor versions of the Quantino 48V are said to have reached ranges of 600 and 800 kilometers respectively with one tank full - although the two tanks had a combined capacity of almost 200 litres, significantly more than the fuel tank of a conventional series vehicle.

The Quantino 48V is the world’s only long-range electric vehicle that does not work on potentially hazardous high voltages, the company claims. Instead, it runs on safe 48V. The electric system is buffered with supercaps. The energy then is converted to AC – the vehicle is driven by a single AC asynchronous motor with a maximum power of 80 kW / 108 hp. It delivers a maximum torque of 200 Nm to the rear axle.